The data model for DFE consists of a few core entities and many supporting entities. Below is the logical diagram of the entire model. We'll have a look at the pieces in the following sections.

Many of the logical entities managed by the system communicate with each other. The Dashboard, as an example, needs to validate login requests with the Console. The App Keys provide a set of keys for the two entities to communicate in a semi-secure manner. Semi-secure in that the communication is not encrypted, but the Console is able to validate the request is coming from the alleged requestor.

The keys consist of a and . Those familiar with OAuth will recognize the similarity. The security implementation is provided through middleware in the Console, and the Ops Client Library on the client-side.

When the system is initially created, the Console and Dashboard each have a set of keys generated for them to use for communication. When new users and instances are created, they too are granted keys enabling communication.

These keys are self-managing and are destroyed automatically when the owning entity is deleted or otherwise removed.

There is no archive of previously generated application security keys for security reasons.

Several tables in the data model act as core entities. That is to say, all other models, in one way or another, rely on their existence. Take the User table, for instance. Without it, the instances cannot be launched.

The following entities are considered core entities of DreamFactory Enterprise:

Four (AppKey, Cluster, User, and Instance) of the core entities are considered to be owned. This means that they can be the virtual property of a user or other core entity, instead of being system-owned. This notion is intended for the future use, and expansion of, instance automation services. Currently, unless otherwise specified, the system owns all core entities except instances. Instances are, by default, owned by the user that requested the deployment.

Clusters, servers, and instances (and their associations) are never truly deleted. The system operates in a soft-delete mode whereby these core entities are recoverable via simple SQL statements. These archive entities are:

ServiceUser is not included as it is currently only used to authorize Console logins. 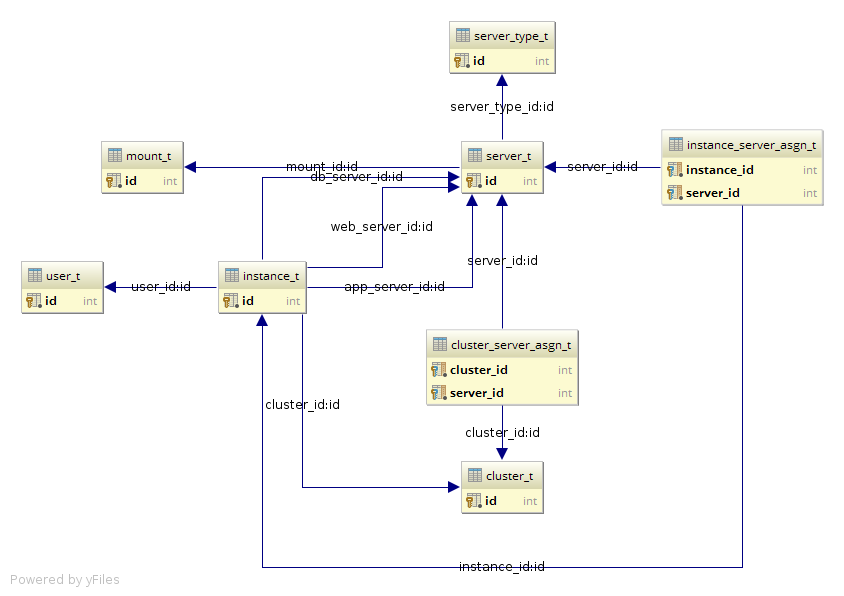